Let me say up front that day trading is a waste of time and money. You are much better off investing in long-term trends and dominant companies that are consistently growing their earnings.

I first started day trading junior year in college. It was an expensive endeavor since each trade cost $10 at the time and I only had a $3,000 portfolio. The most I ever made was $500 one day trading Books-A-Million stock (BAMM), which is now no more.

I continued to day trade all throughout my 20s while working on Wall Street. We were allowed to trade ETFs and individual companies that were not on the restricted trading list.

Day trading proved to be a career-limiting move because it was a distraction. I was pulled aside a couple times by my manager to tone things down, so I did.

Once I hit my 30s, I no longer day traded nearly as much. I realized I could make much more money if I focused on my career. Further, having to reconcile all my trades during tax season was a royal PITA.

Once the Gamestop (GME) mania hit, I had a dream about day trading glory. In this dream, I dreamt that Bed, Bath, & Beyond (BBBY) would become the next multi-bagger as well.

After all, if GME could turn into a $20 billion company overnight due to aggressive short-covering and retail buying, why couldn’t Bed, Bath, & Beyond?

Like GME, BBBY was going the way of the dinosaurs. BBBY was heavily shorted by the same hedge funds that shorted GME. At the time, BBBY had already started to move, but it was still only a ~$5.2 billion company.

I could not resist. I woke up at 5 am as usual, transferred $50,000 to my brokerage account, and prepared for day trading warfare!

Further, in the name of science and research for this post, I wanted to day trade to show you why day trading is a waste of time and money. Even with 23 years of experience day trading, it’s just not worth it. Here’s my latest day trading case study.

How To Day Trade

You’ve got to first set yourself up with a robust trading platform from a reputable brokerage house. Stick with the big guys like Fidelity, Schwab, Vanguard etc. They should offer real-time quotes and no fees so you can trade efficiently.

First, you must come up with a thesis on what a stock will do that day. In this thesis, you must decide your risk / reward ratio.

Third, you must decide how much risk you will take. The amount of capital needs to be worth your while.

Fourth, you must close out all of your position by end of day. Taking on exogenous overnight risk is not advised if you are a true day trader.

To help get me motivated to day trade, I came up with a use of proceeds for any profits. My ultimate goal would be to make $25,000 so I could pay $20,000 for a new deck and fence at a rental property.

As I write my BBBY framework now, I realize it is much easier to write it out after the fact. I wasn’t this methodical before my day trading began. Instead, my day trading thesis all happened in several seconds. All I dreamt of was making some big bucks!

How Did My Day Trading Go?

I ended up making roughly $3,300 day trading BBBY on January 27, 2021 before taxes and a certain event that I’ll share with you below. $3,300 gross is better than a sharp stick in the eye. However, not great based on my investment thesis and my capital at risk.

At one point, I was down about $3,000 because I was buying on the way up and the stock corrected back down to the low. I had bought too much stock in the first 30 minutes, when the hype was the greatest.

Here is the BBBY chart to give you a visual demonstration of the price movement on January 27, 2021. Sorry I didn’t take a snapshot of just the 27th. Notice the peaks and valleys, and the surge towards the close.

Because conducting trades is now free, I decided to just buy and sell shares in multiple tranches. This way, I would protect my downside losses. It’s similar to playing poker, where you “run it twice” or as many times as you agree with your opponent before the turn or the river.

I had imagined a scenario where BBBY would keep going up all day like GME did on January 26, 2021. However, when that didn’t happen within the first hour, I had to be more careful with my trades.

Made The Cardinal Day Trading Mistake

The reason why I didn’t walk away with $3,300 gross in day trading profits is because I also made one more mistake.

For fun, I decided to hold onto 50 shares of BBBY instead of selling everything before the close. I figured, owning ~$2,600 worth of BBBY wasn’t going to kill me. At one point, I had $61,000 in BBBY exposure that started making me feel uncomfortable.

I thought perhaps there would be a chance that BBBY gaps up again the next day. During after hours, BBBY was trading up another 8% to $56+. However, as you can see from the chart above, BBBY ended up getting HAMMERED down 40%+ to $30/share the next day!

What the hell happened? Robinhood, the popular trading app that steals from the poor and gives to the rich, decided to stop letting its customers buy stocks like GME, BBBY, and AMC. Customers could only sell.

On a CNBC interview with Andrew Sorkin, Robinhood’s CEO explained his firm did so to “protect the firm and its customers.” What a bunch of BS!

You can’t help protect ~52% of your clientele that owns these stocks by enacting artificial trading sanctions and crushing them. I bet Robinhood had a liquidity crisis or was pressured by Citadel, which is an investor in Robinhood and Melvin Capital, which was short GME and other names.

I’m still holding onto the 50 shares because I’m interested in seeing what happens.

Why Day Trading Is A Waste Of Time And Money

However, if I had held onto all 1,313 shares the next day, I would have lost about $26,000! Holy shiitake mushroom, I would have been pissed!

Returns Aren’t Worth It

However, I was hoping for up to a 50% return. And secretly, I was hoping BBBY would double or triple given my original thesis: Why can’t BBBY be worth $20 billion if piece of junk GME was worth $20+ billion at the time.

The amount of capital I used to day trade BBBY stock is called “value at risk.” And I could have easily lost thousands of dollars day trading that day since I was down about $3,000 at one point.

Couldn’t Focus On Anything Else

I spent the hours between 6:30 am – 11:45 am glued to my phone. It was very difficult to concentrate on anything else.

While I was playing with my kids between 8:20 am – 10 am, I was constantly checking my phone. Kids realize when you are not giving them your full attention, even infants. That made me feel guilty.

After 10 am, I didn’t spend time doing anything productive with Financial Samurai. Further, I didn’t work out or play tennis either, as I usually do. It “helped” that it was raining all day. But I could have still exercised indoors.

When I woke up, I realized a couple of the limits were luckily hit. The limit orders were based on my trading channel thesis (#2 in the day trading framework). I was both glad and annoyed. I was glad because I had made a profit. But I was annoyed because I sold a bunch of stock at a lower price. Greed!

And a day later, I’m freaking ecstatic I got out when I did! What a roller coaster of emotions.

For the entire morning up until the market closed at 1 pm PST, I felt like a gambling addict. My anxiety shot up and I simply could not relax until I forced myself to take a nap.

Perhaps it’s because I’m not easily susceptible to addiction that feeling addicted feels so overwhelming. I couldn’t handle the rush for six and a half hours, which is why I had to take a nap so early! Usually, I take naps after lunch at around 2 pm.

While I was making several thousand dollars day trading BBBY, I was losing tens of thousands of dollars in my main portfolios. On that day, the S&P 500 and NASDAQ closed down more than 2%. This juxtaposition made me feel like I was really wasting my time.

Instead of day trading BBBY, I could have taken profits on some of my bigger positions and saved/made myself so much more! Or, I could have deployed my dollar-cost averaging strategy of buying X amount whenever the S&P 500 is down greater than 1%.

Reviewing my trades from January 27, 2021, I did end up buying about 40% of what I would have bought in the S&P 500 index. I was too distracted to follow through with my strategy of buying more when the index is down 2%+.

In an attempt to outperform, it’s worth allocating between 10% – 20% of your equity investments in individual stocks. However, I don’t recommend day trading with this 10% – 20% portion. It’s just too stressful for the expected returns.

Imagine being glued to the computer for 6-7 hours day trading and losing money! This happens all the time. It’s also so easy for traders to convince themselves they would have done things differently to make more money in the future.

You’ve also got to pay short-term capital gains tax with all your day trading profits. This tax percentage equals your federal marginal income tax rate. If you are in a higher tax bracket, your returns get culled even more. Thankfully, tax software and brokerage software today have made reconciling the trades easier.

If you must day trade, then only day trade if that’s what you do for a living. Day trading is mostly done during the day, which means it will negatively affect your day job. Sure, you can take days off from work to day trade. However, I just don’t recommend it.

Invest For The Long Run Instead

Your Return On Effort (ROE) will be much greater if you can just invest in a long-term winners and let it be. For example, I decided in 2016 to invest in various real estate crowdfunding projects in the heartland of America due to positive demographic trends and technology. I haven’t had to do one thing since I made my investment. Yet, the distributions are now regularly coming in.

The goal of investing is to make money in a way so that you DON’T have to work. By becoming a day trader, you are essentially working one of the most stressful jobs in the world!

I worked with sales traders, position traders, and algo traders closely for 13 years. Those guys were not a healthy bunch. Their mood swings were intense as yours will be too if you decide to come a day trader.

Yes, you will see day traders over social media highlighting their huge wins. But chances are, you won’t be able to replicate their success.

Go ahead and hunt for unicorns with a small portion of your investments to try and get rich quick. However, for the vast majority of us, the real wealth will be gained by making long-term investments.

Resist FOMO if you can! Let me leave you with my favorite day trading commercial by E*Trade, which also rigged the system by halting trades in name like GME. It encapsulates a day trader’s motions perfectly. May good fortune be with you!

How To Pick A Stock Market Bottom Like Nostradamus

Just Say No To Angel Investing

Readers, anybody like to day trade? How can there not be some major repercussions after this brokerage and shorting debacle? Are you willing to invest with a brokerage that can randomly shut off your ability to buy certain stocks? 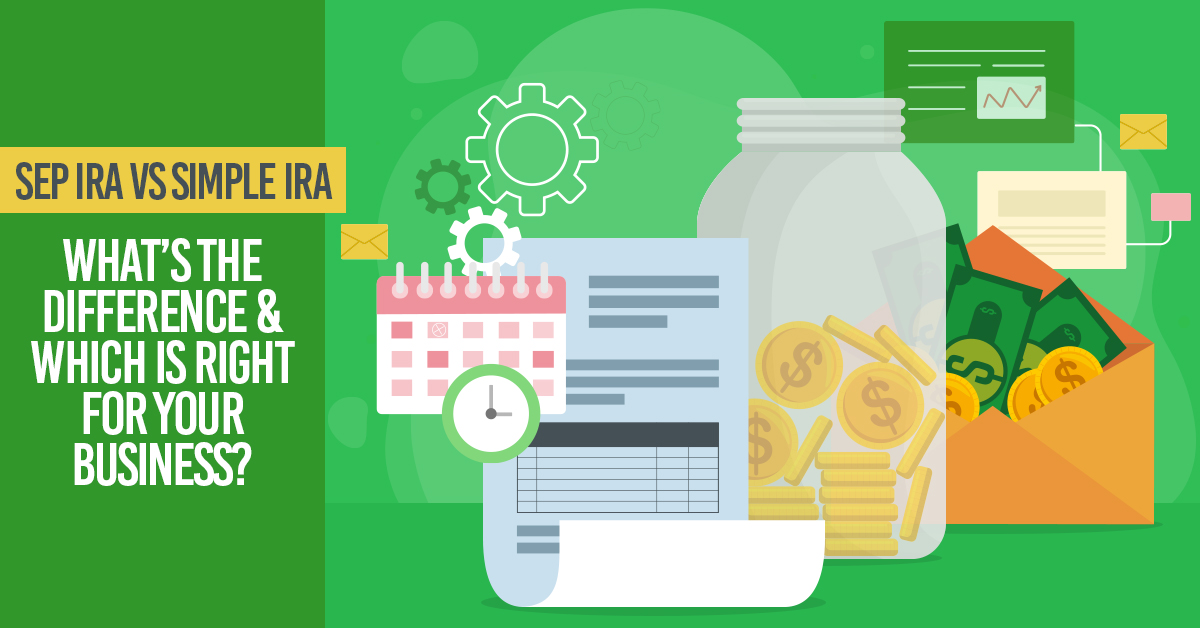